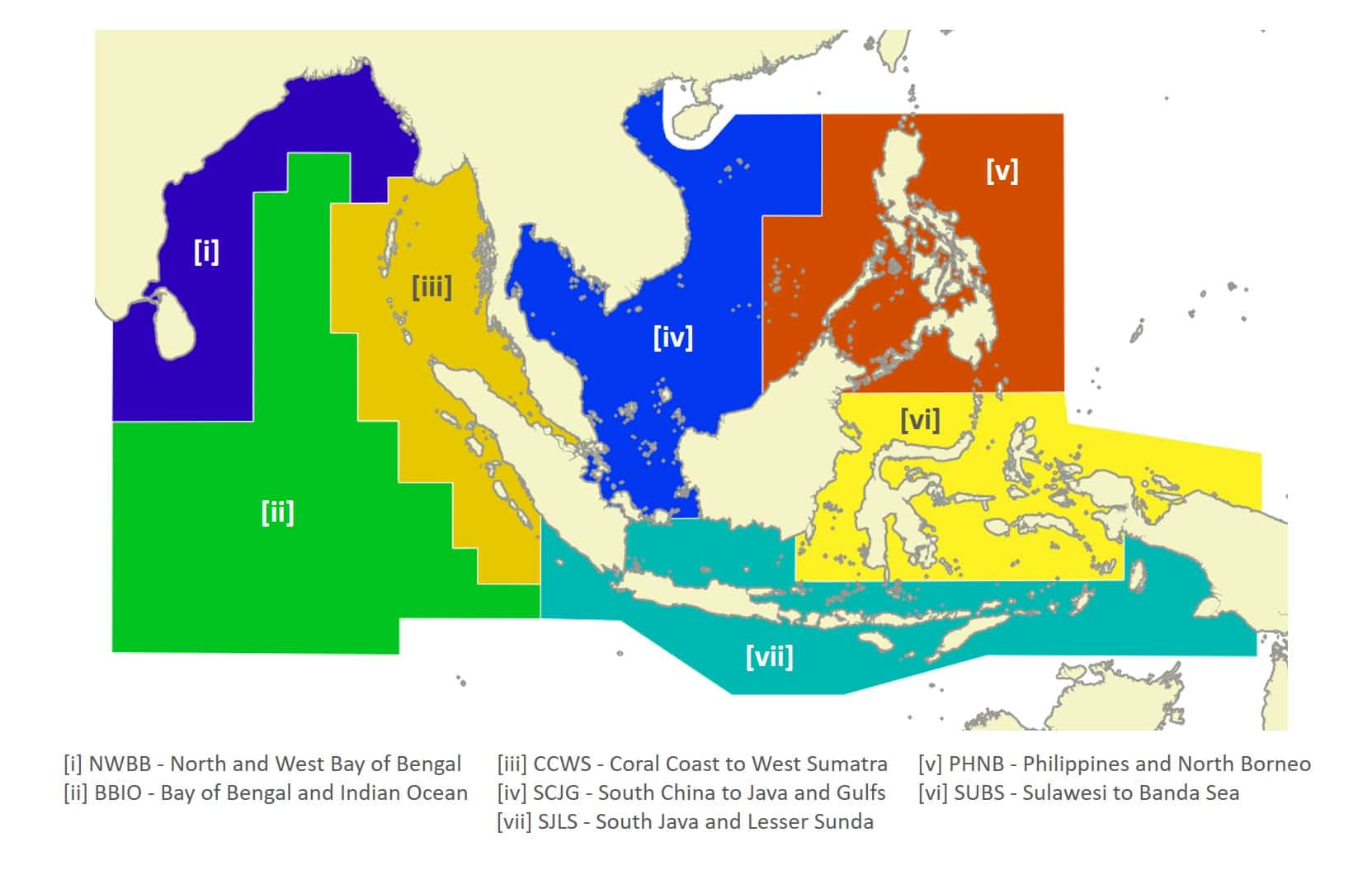 The workshop was attended by 29 experts and observers from 17 countries.  The North East Indian Ocean and South East Asian Seas Region, which includes the Coral Triangle, is one of the richest marine biodiversity areas in the world. For the first time, the experts identified cIMMAs for finless porpoises, Indo-Pacific humpback dolphins, Irrawaddy dolphins, Ganges River dolphins, Omura’s whales as well as blue whales. The full list of marine mammal species included in the region’s IMMAs can be found in the descriptions of each IMMA in the IMMA e-Atlas.  Still, it was recognized that there are substantial data gaps for marine mammals across the region — partly due to the challenges of logistics and funding spread across many species groups.  Starting with about 100 draft Areas of Interest (AoI) submitted before and during the meeting, 44 candidate IMMAs (cIMMAs) were identified and proposed through the expert based process.  Following the review process, in November 2018, 30 IMMAs were finally approved and 7 retained cIMMA status, while other cIMMAs were merged or returned to AoI status. In total 32 areas remained as AoIs.  The approved IMMAs, cIMMAs and AoIs are displayed on the IMMA e-Atlas and can be found in the searchable database.

At the close of the workshop, the Task Force opened discussions with the group about knowledge gaps related to marine mammals in the region, followed by a discussion on conservation concerns and the main management issues which should be considered in the planning of the later implementation phase for the region. As part of that phase, one or more cIMMAs are selected and a unit of the Task Force is dispatched to assist with conservation planning on the ground.  The Task Force co-chairs described the case study of Palau, based on their visit there in October-November 2017, to investigate and help implement zoning and other conservation recommendations in the nearshore waters of Palau, with the essential collaboration of appropriate government ministries, NGOs and local stakeholders.   Read the Full Report here and see relevent news about the cIMMAs, final approved IMMAs, the Task Force visit to the Andaman Islands, and to Palau.  For updates regarding Northeast Indian Ocean and Southeast Asian Seas IMMAs refer to the Regional Expert Group and other Task Force Activities