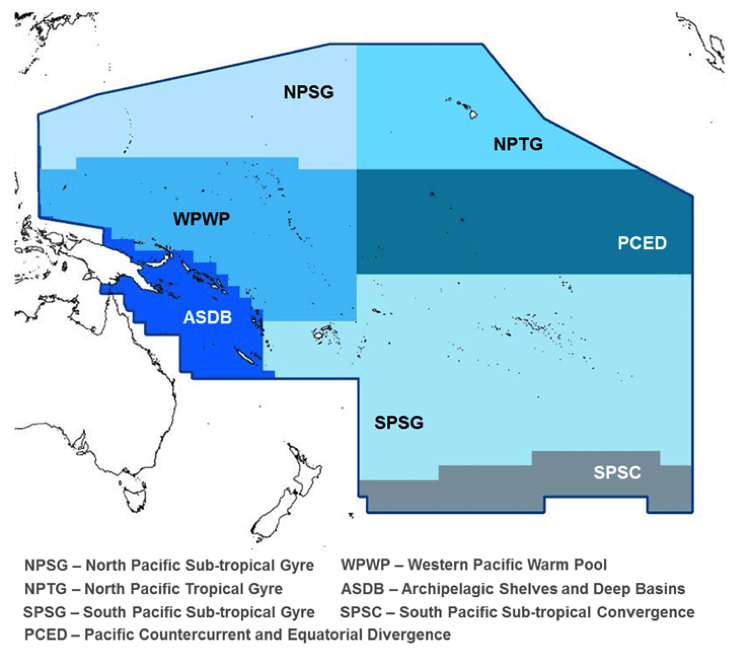 The Pacific Islands Workshop, the Second IMMA Regional Workshop, was held in Apia, Samoa, between 27 and 31 March 2017, in cooperation with the Secretariat of the Pacific Regional Environment Programme (SPREP).  The Pacific Islands Region IMMA Workshop was supported by the Global Ocean Biodiversity Initiative (GOBI), within the International Climate Initiative (IKI) of the Government of Germany.  The report of the IMMA Regional Workshop for the Pacific Islands can be dowloaded from here,  and the Executive Summary from the Workshop is presented below.  The main results are also succinctly described in the News Section of this website.

The IMMA Regional Workshop for the Pacific Islands was attended by 15 experts from 10 countries — 23 participants in all.  The Pacific Islands region is a large and dispersed area characterized by small island states with large exclusive economic zones (EEZs) and it was recognized that there are substantial data gaps for marine mammals across the region. In total, 29 cIMMA and 17  AoIs were identified by workshop participants.  These were then sent to the independent Review Panel chaired by Randall R. Reeves. The job of the Review Panel was to assess whether the criteria were applied correctly and verify that the scientific evidence provided was sufficient to support the case for each cIMMA.  The Review Panel finalised their decisions in October 2017. In total, 18 IMMAs were accepted for full status by the Review Panel, some of them only after receipt of revisions or additional information that was required before their confirmation.  Five cIMMAs, determined as not meeting the standard at this time, were considered to show strong evidence of their merit as cIMMAs and could be assessed later by an interim Task Force regional working group for the Pacific Islands; these remain as cIMMAs. Six other cIMMAs were determined to have insufficient evidence at this time to be considered as either IMMAs or interim cIMMAs. Three of these six areas have been merged with other areas while the other three become new AoIs, to make a total of 19 AoIs for the Pacific Islands region. These 19 AoI, given further monitoring and survey effort, may be able to be reassessed as cIMMAs in a future IMMA expert identification workshop.

The complete list of 18 areas awarded IMMA status and the five areas with approved cIMMA status  can be viewed on the searchable IMMA database and the e-Atlas.  Read the Full Report here and see Pacific Island IMMA News