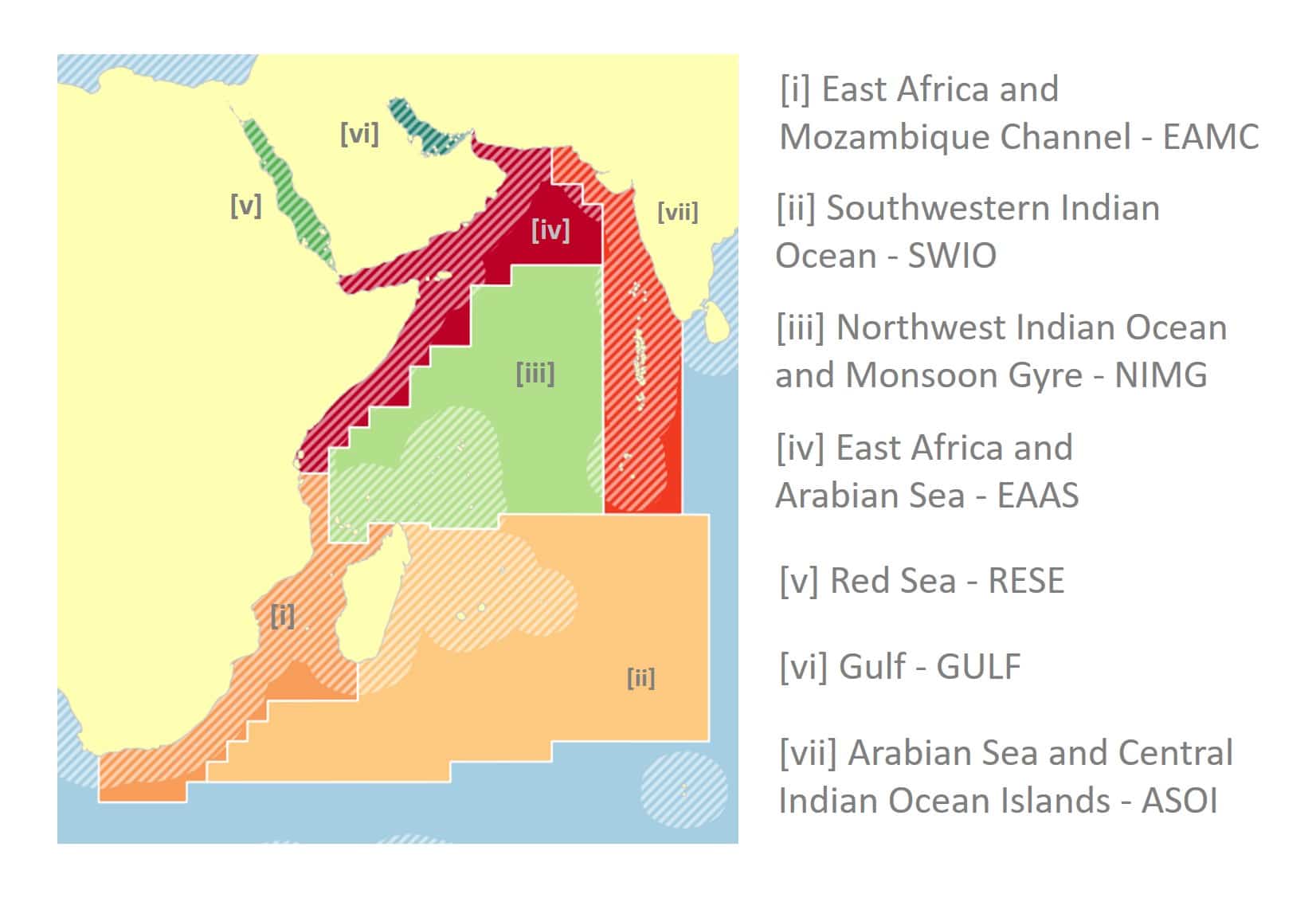 The Western Indian Ocean and Arabian Seas IMMA Workshop, the Fifth IMMA Regional Workshop, was held in Salalah, Oman, between 4 and 8 March 2019.  The workshop was part of the Global Ocean Biodiversity Initiative (GOBI), within the framework of the International Climate Initiative (IKI) of the Government of Germany.  The report of the IMMA Regional Workshop for the Western Indian Ocean and Arabian Seas is posted on this website, and can be downloaded from here.

The workshop was attended by 40 experts and observers from 16 countries and 1 overseas territory.  The Ministry of Environment and Climate Affairs, Sultanate of Oman, hosted the workshop in Salalah.   The Western Indian Ocean and Arabian Seas Region is an area of rich biodiversity. Still, it was recognized that there are substantial data gaps for marine mammals across many species groups in the region — partly due to the challenges from logistical issues, as well as lack of funding for larger scale surveys and other research, particularly in the High Seas.   In advance of the meeting, 105 areas of interest (AoI) were put forward, comprising 46 expert submissions, 39 Ecologically or Biologically Significant Areas (EBSAs) identified through the Convention on Biological Diversity (CBD) process, and 20 other existing areas consisting of MPAs from the World Database on Protected Areas and the Cetacean Habitat database.  Utilising 108 Areas of Interest (AoI) submitted before and during the meeting, a total of 54 candidate IMMAs (cIMMAs) were identified and proposed through an expert-based process, utilizing dedicated selection criteria.

The decisions of the IMMA Review Panel were finalized in September 2019. In total, 37 IMMAs were accepted for full status, some of them after receipt of revisions or additional information that was required before their confirmation as IMMAs meeting the criteria. Of the remaining 17 candidate IMMAs, three areas were considered to show strong evidence of merit as future IMMAs so they will remain cIMMAs until they are able to fully satisfy the criteria. The other 14 areas were determined to have insufficient evidence at this time to be considered as either IMMAs or interim cIMMAs, and thus became AoI, joining the list of other AoI from the workshop and making a total of 23 AoI. These AoI, if given further monitoring and survey effort, could be reassessed as cIMMAs in a future IMMA expert identification workshop.  For the first time, the experts identified IMMAs for the Arabian Sea humpback whales, Indian Ocean humpback dolphins and unprecedented concentrations of Omura’s whale, as well as three different populations of blue whales. The full list of marine mammal species included in the region’s IMMAs, together with the boundaries of accepted IMMAs, as well as other cIMMAs and AoI, can be viewed on the IMMA e-Atlas and found on the searchable IMMA database.

The workshop report can be downloded here and its main results are also described in the News Section of this website.  Details of the visit by the Task Force to the Bazaruto IMMA can be found here.