Following the second Important Marine Mammal Area (IMMA) workshop in Apia, Samoa 27-31 March 2017, the IUCN Marine Mammal Protected Areas Task Force joined the “Whales in a Changing Ocean” conference that followed in Nuku’alofa, Tonga, from 4-6 April. The preliminary results of the Samoa IMMA workshop were announced by Task Force members to the assembled leaders of South Pacific countries, all of which are members of the Pacific Regional Environment Program (SPREP), as well as to researchers, conservationists and other interested parties from around the Pacific and the wider world.

The conference formed the centrepiece of the Year of the Whale celebrations in the South Pacific which SPREP played a leading role in organising and hosting.

The conference brought together government officials to discuss future collaborations on the conservation of whales in the region, preparatory to the renewal of SPREP’s marine species programme. During the conference, the scientific work on whales and the economic value of whales in the Pacific islands, including whale watching, was reviewed and emerging threats to whales from changes occurring in the ocean were assessed.

At the start of the conference, the government of Tonga set the tone by announcing that it was formally declaring all Tongan waters as a whale and dolphin sanctuary. This initiative aims to achieve greater recognition and protection for species that provide substantial income within Tonga and the region, and that help to maintain a healthy ecosystem.

The conference had several results of value to the region.

The country representatives formulated and agreed on a declaration to strengthen whale conservation across the Pacific. Full text of the declaration is here. Currently, 11 countries that are SPREP members have formally signed the declaration: Australia, Cook Islands, Fiji, New Caledonia, New Zealand, Palau, Papua New Guinea, Samoa, Tokelau, Tonga and Tuvalu. These countries, as well as conference participants, agreed to cooperate to prepare the 2018-2023 Whale and Dolphin Action Plan that will provide a framework for conservation activities in the Pacific islands region.

In addition, three main recommendations emerged from the conference, based on working group sessions, in support of protecting whales and their habitats by improving scientific research, addressing threats to whales and promoting best practice whale watching. 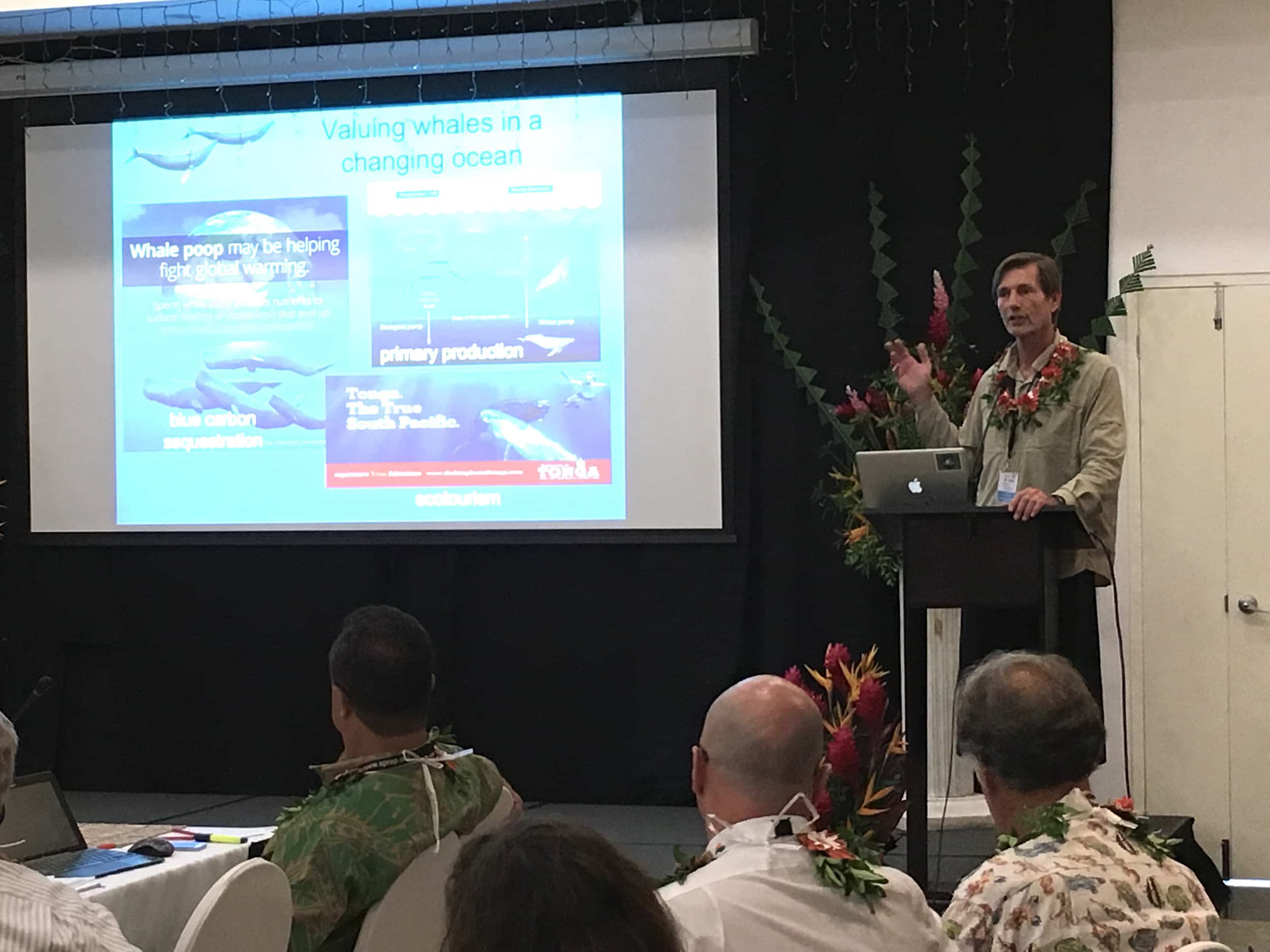 In addition, delegates agreed to support a regional perspective to be delivered at several upcoming international fora, notably the United Nations Oceans Conference in June.

The Whales in a Changing Ocean Conference was hosted and co-sponsored by the Government of Tonga, the Secretariat of the Pacific Regional Environment Programme (SPREP) and the Auckland Institute of Studies (AIS). Additional sponsors were the governments of Australia, New Zealand and Sweden, the Okeanos Foundation, the European Union through the Pacific Community and the INTEGRE project, Fonds Pacifique, Digicel and Deep Blue Diving Tonga.

Watch here a video produced at the Tonga Conference.

Second IMMA Workshop held in Samoa helps celebrate the Year of the Whale in...