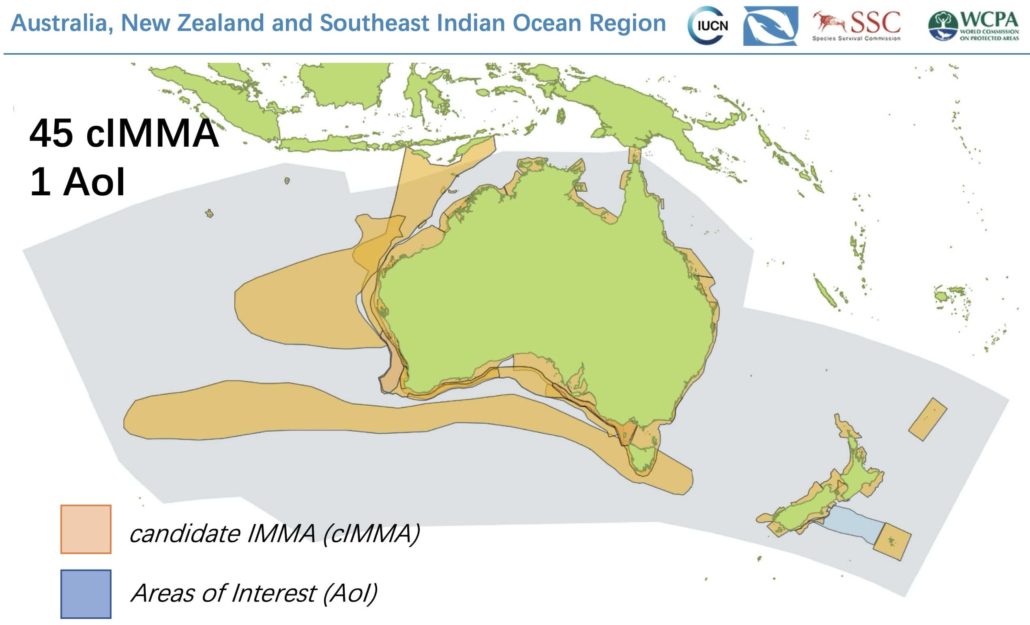 An impressive total of 45 candidate important marine mammal areas, or cIMMAs, were identified, along with 1 area of interest (AoI) which will be retained as a potential future IMMA pending further research. A total of 14 cIMMAs are in New Zealand waters, and 31 in Australian waters. Several of the cIMMAs extend well into offshore high seas, outside of the 200 nautical mile exclusive economic zone.

“These are among the best documented candidate IMMAs that we’ve had to date,” said Task Force co-chair Giuseppe Notarbartolo di Sciara.

Also living in Australia and covered by the cIMMA proposals are two species of bottlenose dolphins and the endangered Australian sea lion. New Zealand has the world’s only population of the endangered Hector’s dolphin as well as its subspecies Maui dolphin, and many rare beaked whale species.

Important Marine Mammal Areas—IMMAs—are defined as discrete portions of habitat, important to marine mammal species. These areas have the potential to be delineated and managed for conservation. They are not marine protected areas but layers that can be used in spatial planning or for other area-based management tools.

The candidate IMMAs now go to an independent review panel. If approved, they will be placed on the IMMA e-Atlas, and can be used for conservation planning. Those without sufficient evidence will remain as cIMMAs or revert to AoI. Final results from the panel are expected to be posted online later in 2020. The collective expertise, energy and commitment of the scientists gathered in Perth have made this technical and scientific exercise a great success.

In addition to the cIMMAs identified, potentially 25 of the cIMMAs may qualify as IUCN key biodiversity areas (KBAs). KBAs are a parallel process for identifying areas of international importance in terms of biodiversity conservation for all species using globally standardised criteria.

The Task Force has adopted as its mandate the mapping of habitats for the 130 species of marine mammals—cetaceans, pinnipeds, sirenians, otters and the polar bear—across the world ocean. The work has been largely sponsored by the Global Ocean Biodiversity Initiative through the German Government’s International Climate Initiative (GOBI-IKI), with substantial contributions from the French Biodiversity Agency, MAVA Foundation, Whale and Dolphin Conservation and Tethys Research Institute. 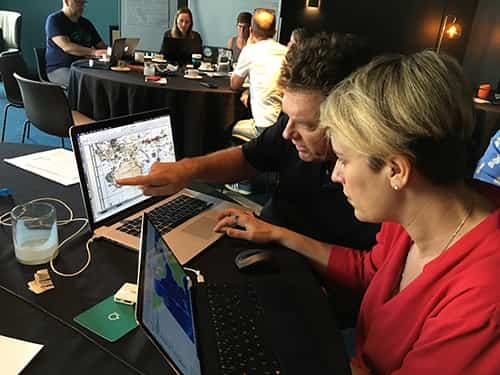 Letter from the Society for Marine Mammalogy to protect dugong stronghold in...
Scroll to top