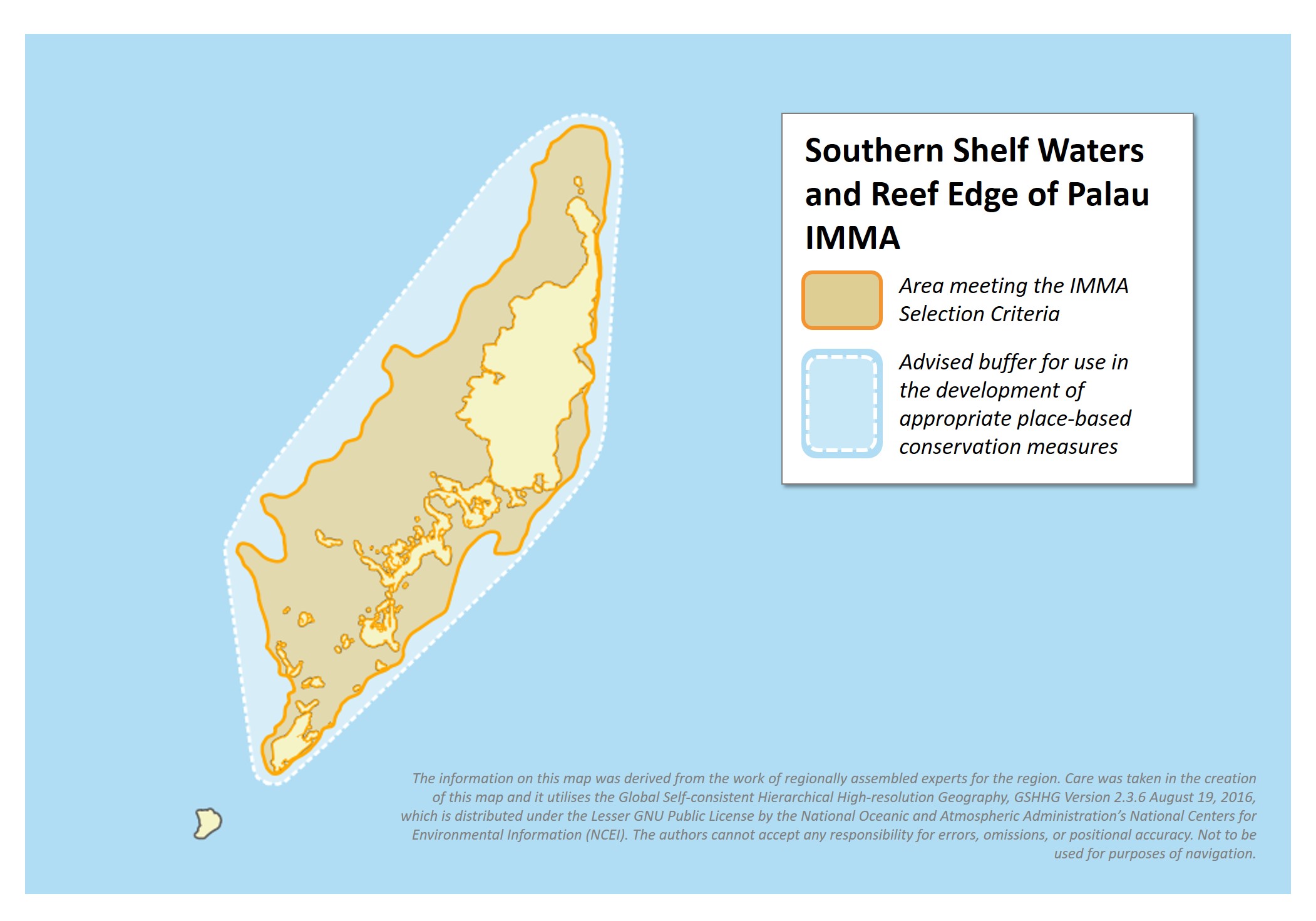 Palau’s dugong population is considered small and vulnerable to extinction. Although the IUCN lists dugongs as vulnerable and decreasing at the global level, recent assessments undertaken at a regional level concluded that Palau’s dugongs were Critically Endangered. The Palau dugong population is very isolated – the closest dugongs are 800 km to the south in Papua Barat and 850 km to the west in the Philippines.

Dugongs are listed as a vulnerable on the IUCN Red List. However, a regional assessment of dugong by Marsh et al. (2011) concluded the Palau population as Critically Endangered and very isolated.  The closest dugongs are 800 km to the south in Papua Barat and 850 km to the west in the Philippines (Marsh et al. 2002).

Most sightings during aerial surveys included 1-3 individuals, there have been at least two recorded sightings of aggregations of 30 individuals or larger around the waters of Palau (Etpison, 2012).

During aerial surveys in 2012, during which 912 dugong sightings were made, 53 calves accompanied by their mothers were recorded (on 6% of total flights) (Davis, 2004).  Therefore, the waters of Palau are used by the resident dugong population for reproduction

Download the full account of the Southern Shelf Waters and Slope Edge of Palau IMMA using the Fact Sheet button below:

To make a request to download the GIS Layer (shapefile) for the Southern Shelf Waters and Slope Edge of Palau IMMA please complete the following Contact Form: