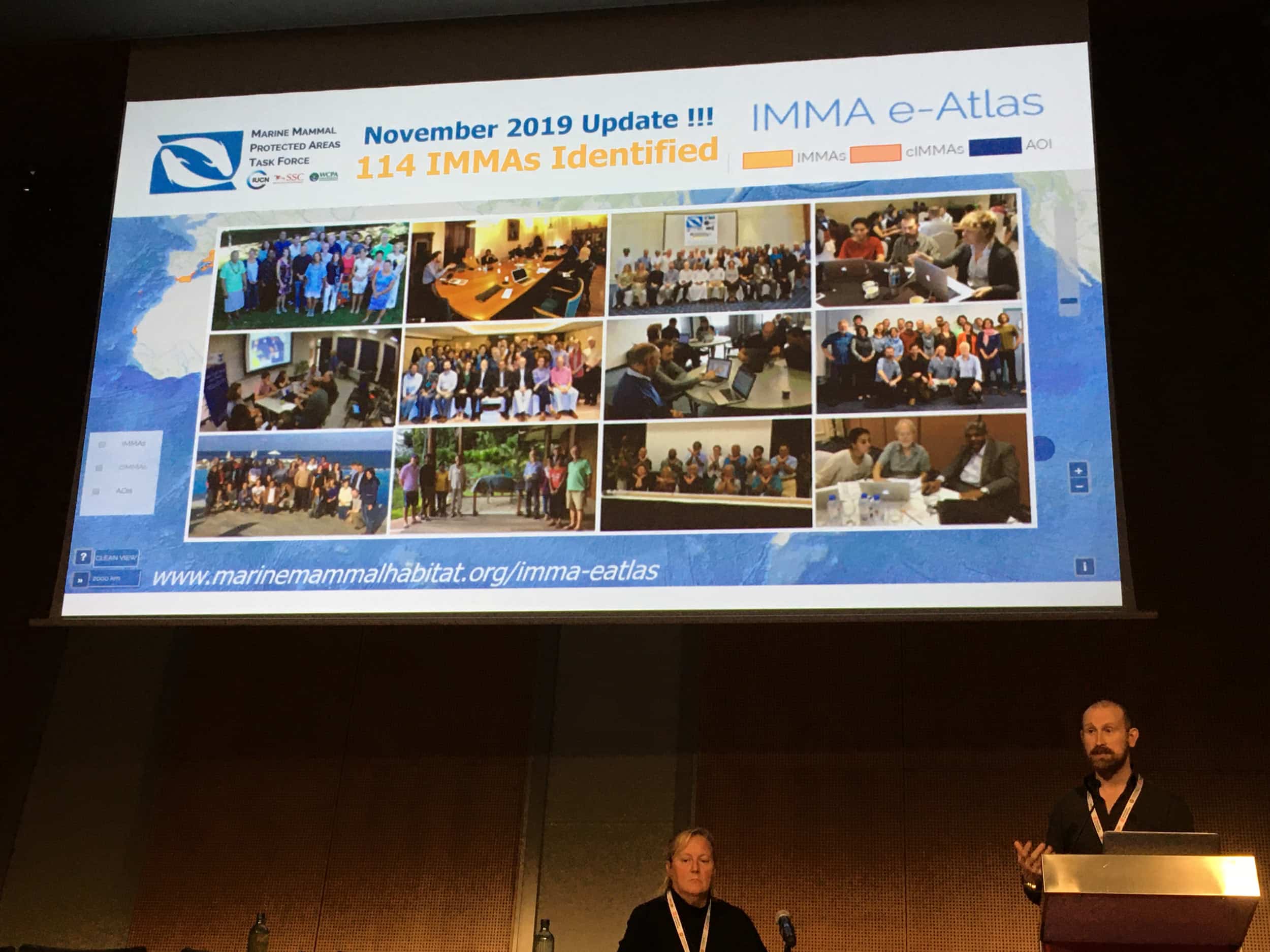 13 December 2019. The second World Marine Mammal Conference (WMMC19) has concluded in Barcelona with an extraordinary display of enthusiasm and results from scientists from around the world.  With 2,611 participants, it was the largest ever gathering of marine mammal scientists and conservationists. The IUCN Marine Mammal Protected Areas Task Force presented, among other things, a talk by Important Marine Mammal Area (IMMA) co-ordinator Michael J. Tetley (above) to present the latest results of the IMMA work; a session of talks on techniques for gaining the data needed to establish IMMAs on the high seas which to date holds less than 1% of the IMMA area identifications; a number of IMMA posters including one on ship strikes in the Mediterranean; and a workshop on new strategies for obtaining areas of interest (AoI) nominations leading to IMMA candidates in the regional workshops.

To coincide with the conference, the IUCN MMPA Task Force also published the latest tranche of 37 approved Important Marine Mammal Areas, which were identified during the regional IMMA workshop in Oman (March, 2019) and which have since undergone formal peer review.  These new IMMAs have been added to the Task Force’s IMMA e-Atlas, bringing the global total number of IMMAs to 114.  An additional report on the outcomes of a recent IMMA implementation workshop in Mozambique (November, 2019) was also released. Co-chairs Giuseppe Notarbartolo di Sciara and Erich Hoyt met with stakeholders and government in Mozambique to discuss the enhanced protection of the Bazaruto Archipelago to Inhambane Bay IMMA, which contains the last viable population of the vulnerable dugong in East Africa, as well as substantial numbers of the endangered Indian Ocean humpback dolphin.

As a legacy to the conference, delegates submitted the WMMC19 Barcelona Declaration for approval, with over 500 signatures from participants asking authorities for more MPAs in the high seas, a global network of marine mammal stranding agents, as well as to help endangered species avoid extinction and to use all means to reduce marine mammal bycatch in fishing practices.

To see the latest additions to the e-Atlas and to download the new IMMA reports, go here. 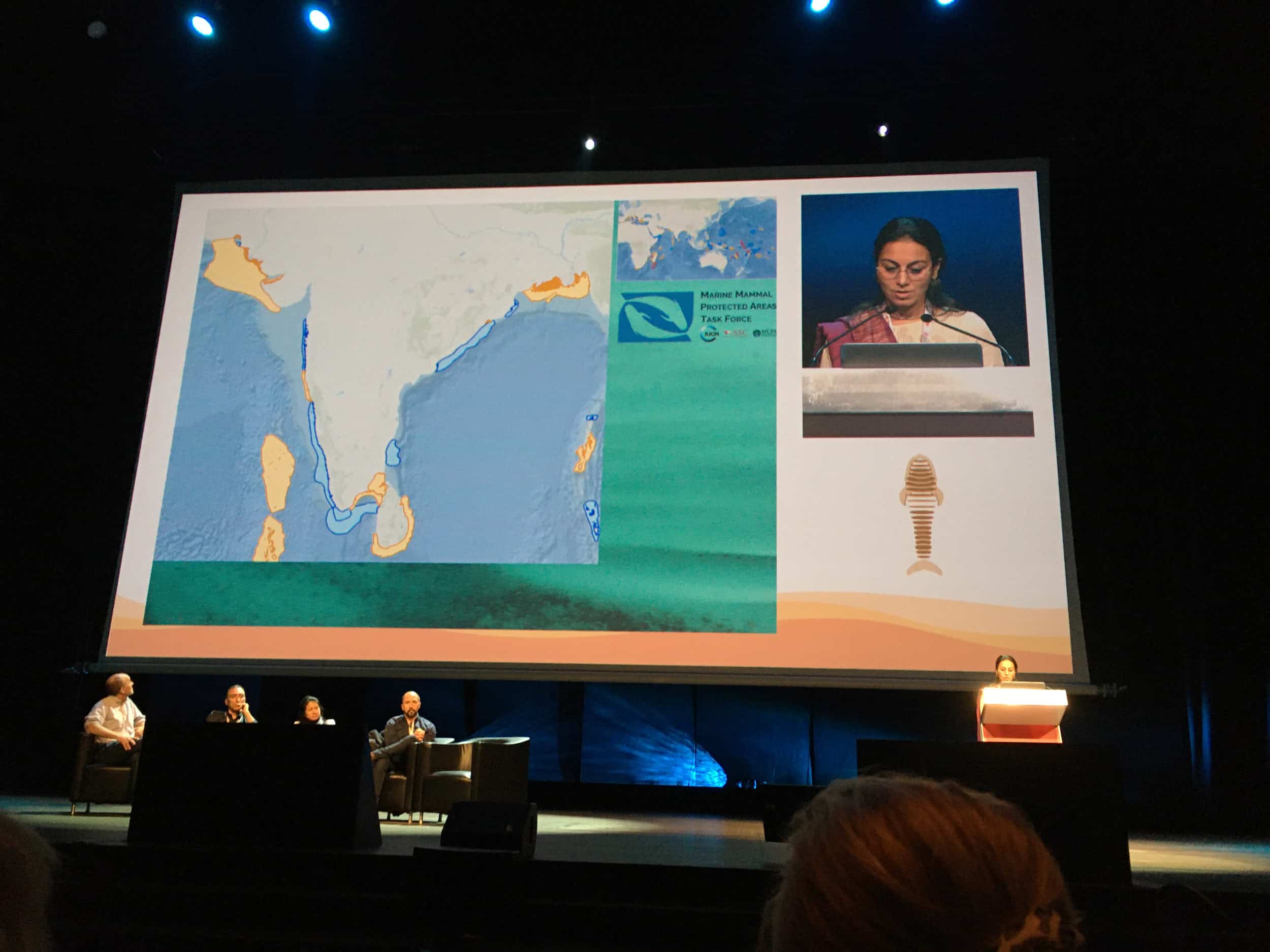