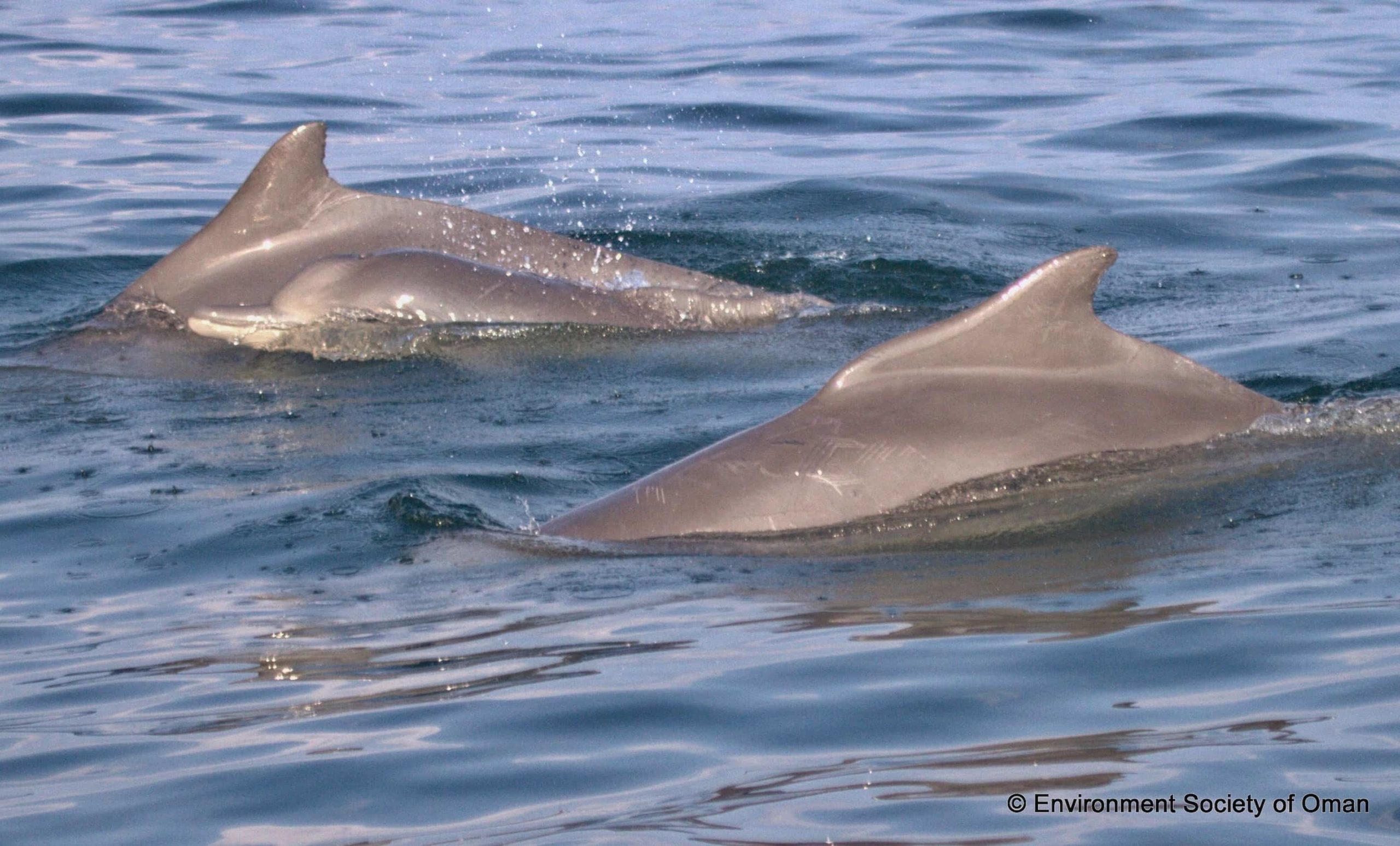 An extraordinary 55 candidate important marine mammal areas, or IMMAs, were identified, along with 13 areas of interest (AoI) which will be retained as potential future IMMAs pending further research.

One of the 55 areas identified as candidate IMMAs was right outside the hotel in Dhofar, off Salalah, where the group worked and where small groups of endangered Indian Ocean humpback dolphins could be seen swimming close to shore early in the mornings.

The Western Indian Ocean and Arabian Seas region is special. Besides the humpback dolphins, there are three endangered blue whale subpopulations, the rarest humpback whales in the world – the Arabian Sea humpback whale, and the largest numbers found of Omura’s whale, a cryptic 10m long tropical whale only recently identified as a species by scientists. The region is also home to the dugong, that persists in pockets along the coasts of East Africa and West Asia. 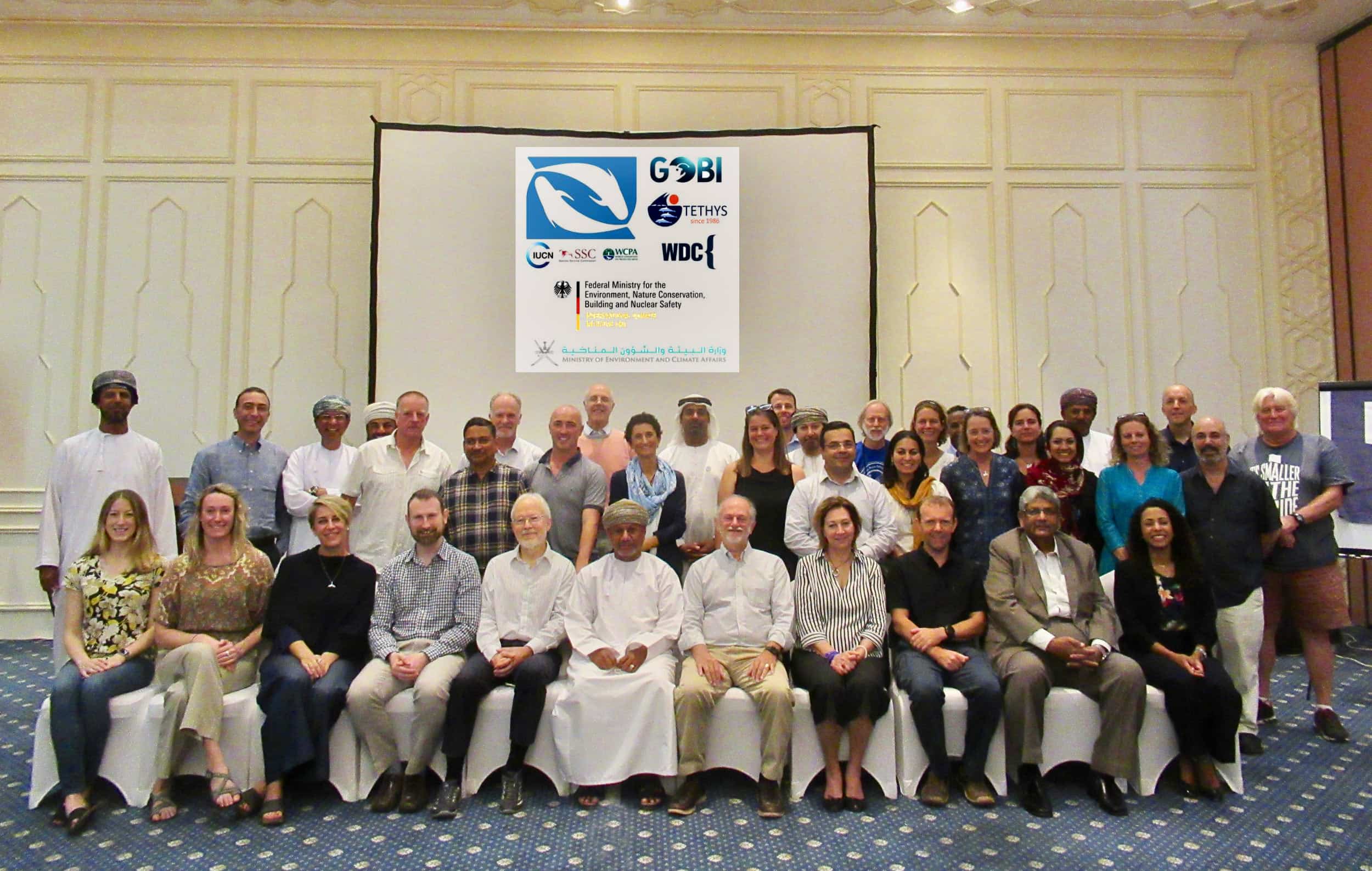 The Oman workshop follows successful Task Force IMMA regional workshops in the Mediterranean, Pacific Islands, Northeast Indian Ocean-Southeast Asian Seas and the Extended Southern Ocean in 2016-2018, but 55 candidate IMMAs is a record total to date for a single region. Sponsored by the Global Ocean Biodiversity Initiative through the German Government’s International Climate Initiative (GOBI-IKI), the Task Force has adopted as its mandate the mapping of habitats for the 130 species of marine mammals—cetaceans, pinnipeds, sirenians, otters and the polar bear—across the world ocean.

Important Marine Mammal Areas—IMMAs—are defined as discrete portions of habitat, important to marine mammal species. These areas have the potential to be delineated and managed for conservation. They are not marine protected areas but layers that can be used in spatial planning or for other area-based management tools.

The candidate IMMAs now go to an independent review panel. Once approved, they will be placed on the IMMA e-Atlas, and can be used for conservation planning. Those without sufficient evidence will remain as AoI. Final results from the panel are expected to be posted online later in 2019. The collective expertise, energy and commitment of the scientists, gathered in the inspirational setting of Dhofar have made this technical and scientific exercise a great success. 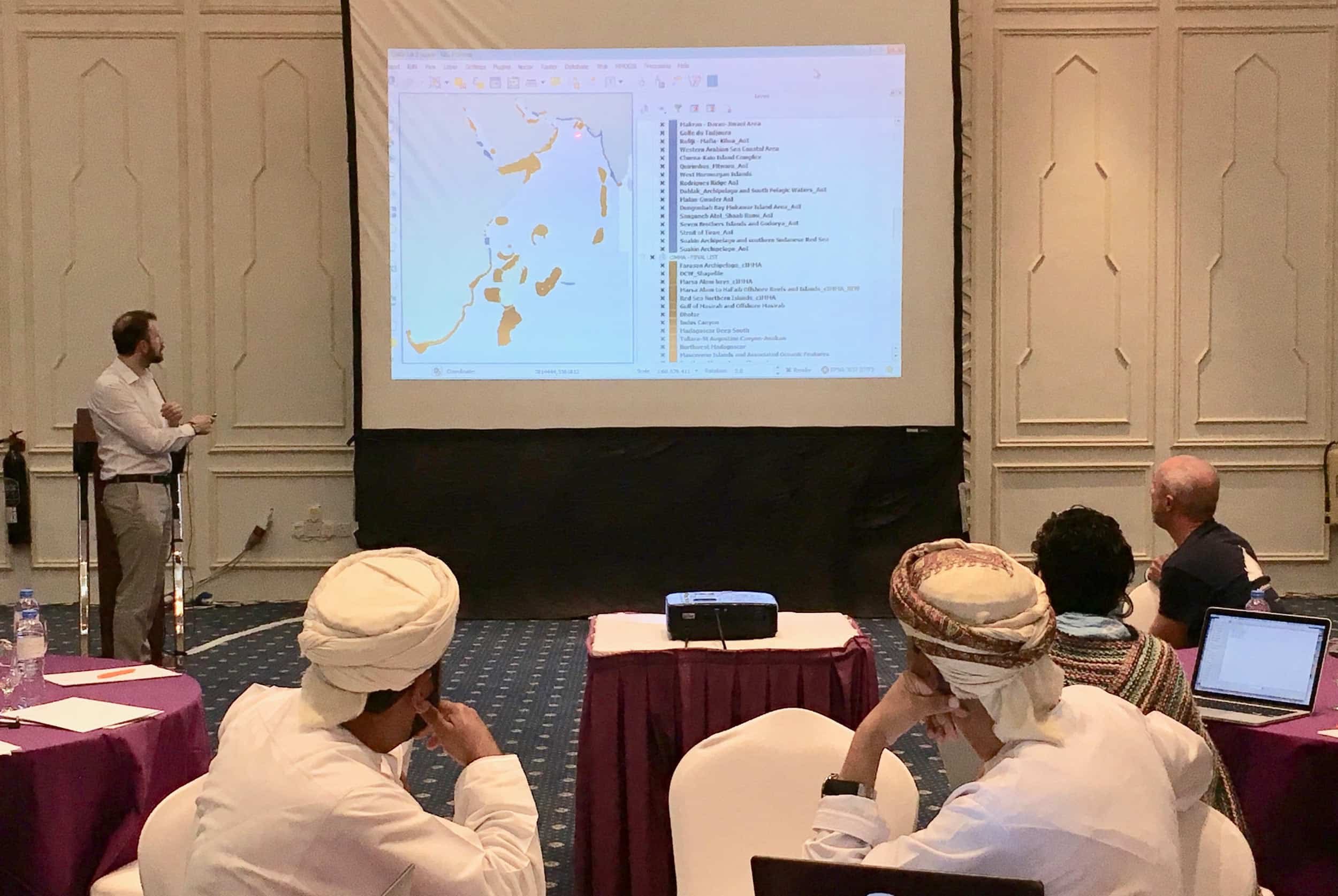