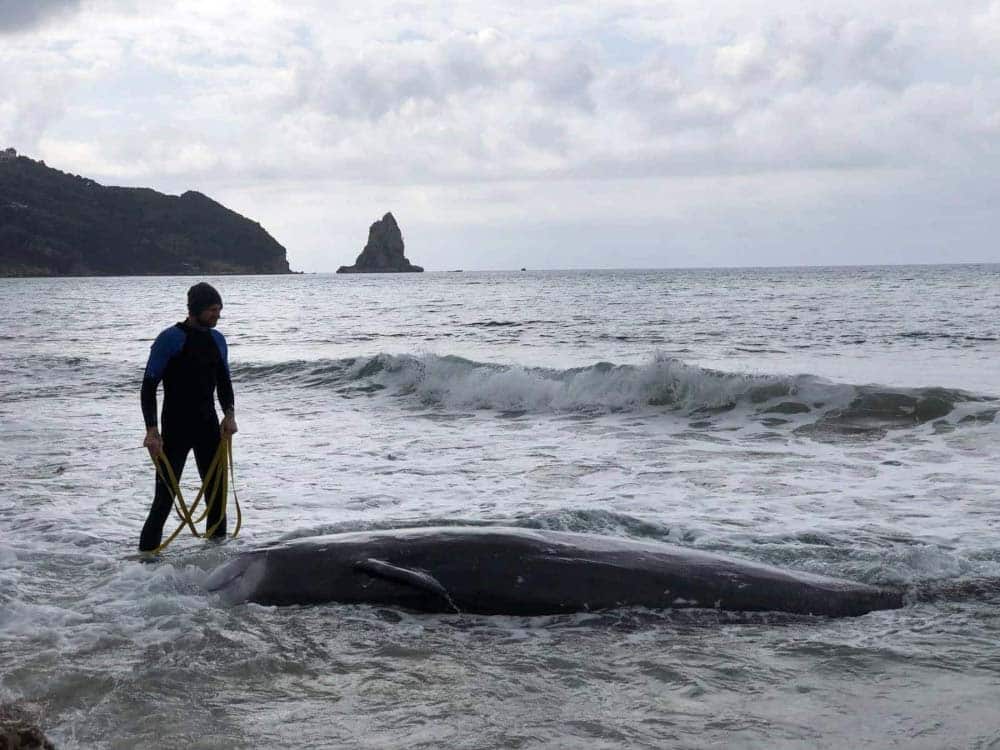 On successive days this week, 20-21 February, three Cuvier’s beaked whales, Ziphius cavirostris, stranded on the west coast of the island of Corfu, Greece. These deep-diving whales live just offshore in the Hellenic Trench Important Marine Mammal Area (IMMA). All three whales stranded alive. They were refloated and returned to the sea with unknown outcomes.

Scientists fear, however, that this may signal that damage may be happening to whales and other species in Ionian Sea ecosystems. Since early February, the Hellenic Petroleum research vessel SW Cook has been active in the area undertaking seismic surveys for hydrocarbon exploration. The airguns used in seismic surveys emit intense sound pulses of up to 260 decibels every 10 to 15 seconds typically over a period of several weeks. These sound pulses are among the loudest and potentially most damaging sources of underwater noise pollution.

Besides Cuvier’s beaked whales, IUCN Red-listed as Vulnerable, the seismic surveys are happening in a core habitat for the Endangered Mediterranean sperm whale subpopulation. Both species are known to be highly sensitive to underwater noise from seismic surveys or military sonar. Sonar exercises in the Mediterranean and in the Canary Islands are known to have led to the deaths of numerous beaked whales in the past. The effects on whales include loss of auditory sensitivity, temporary or permanent trauma, behavioural change, stress, displacement, and death.

But it’s not just about whales. Because whales are tethered to the surface by their need to breathe, they are simply the most visible species to be affected. It is well known that such activities pose a threat to ecosystems with potentially negative impacts on a wide variety of marine species, causing habitat displacement, reduced reproduction and feeding opportunities as well as physical harm and death.

A coalition of scientists, conservation and citizen groups in Greece led by WWF Greece and Pelagos Cetacean Research Institute and 14 national organisations, as well as OceanCare with the support of other international NGO’s have written to the Greek prime minister demanding that this activity stop. 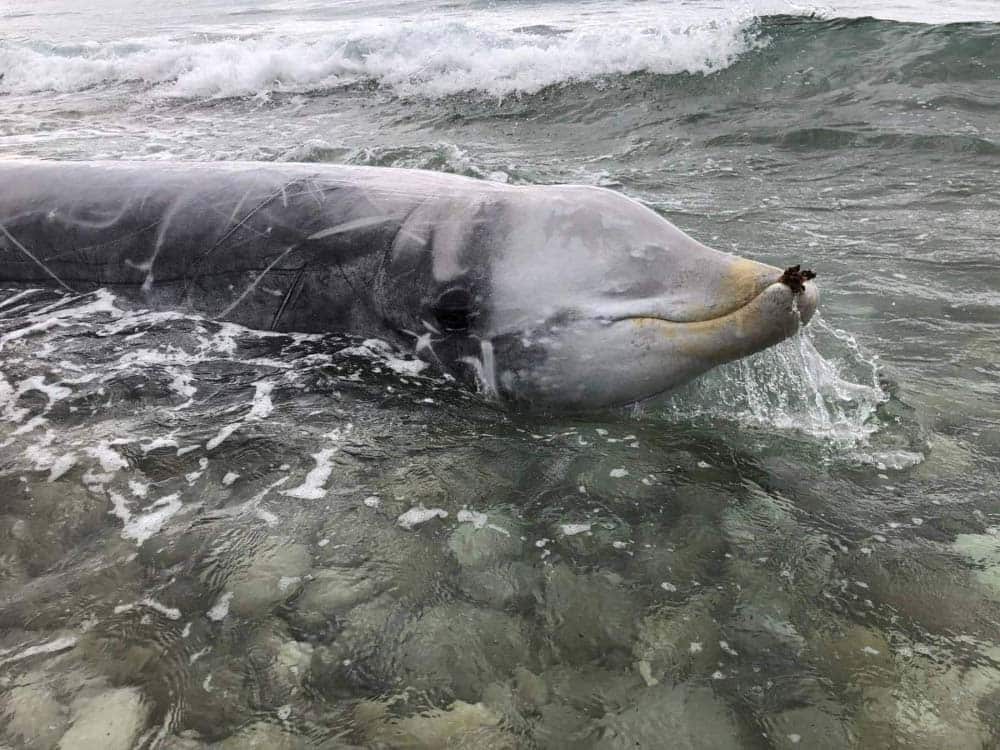 In one letter, the Prime Minister was asked to recall his speech at the IUCN World Conservation Congress in Marseille on September 3rd, 2021, where he stated his commitment for Greece “to become a champion for the full implementation of the European Union’s nature conservation legislation”.

The scientists and conservation groups have now urged him to revisit the country’s oil and gas programme and to shift the country’s climate and energy policy to bring it in line with the 1.5οC. target.

Besides the Hellenic Trench IMMA, the seismic activities are also overlapping the Northeast Ionian Sea candidate IMMA and potentially in or nearby the IMMA of the Ionian Archipelago IMMA. Already in 2010, the Southwest Crete and Hellenic Trench Cetacean Critical Habitat was proposed as a marine protected area by the Convention on Migratory Species daughter agreement ACCOBAMS in its Resolution 4.15.